Searching for the perfect tart 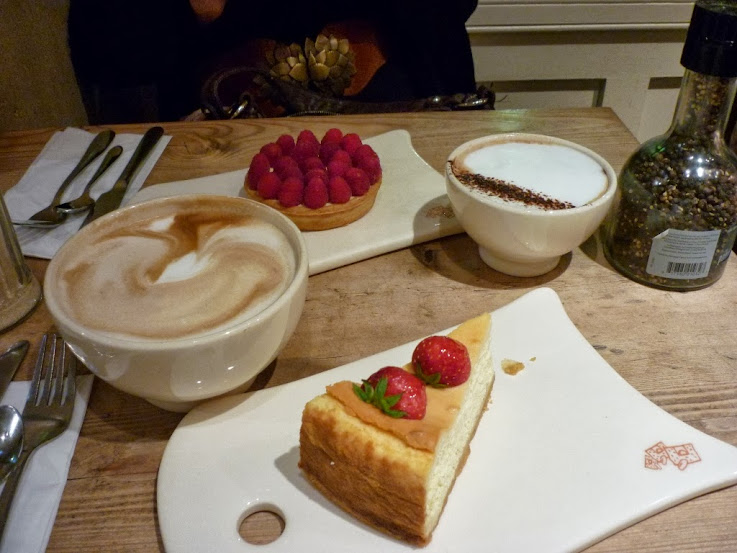 So, Krisi and I have decided that now that we both live in London, we should try to meet up more often than once every 2-3 months. Which is still more than what it used to be (once every six years or so!). With that in mind, she is also on a mission to find the best raspberry tart. We’ve agreed to meet up once a month to try new patisseries. It’s a win-win; I get to see one of my longest known friends and I get to eat cake. We also think that eating cake more than once month, while tasty, won’t be thanked by our waistlines and we seem to have fairly busy social calendars (how did that happen?! I’m a homebody, I’m used to staying in all the time…), so once a month is perfect.

The above raspberry tart and cheesecake were consumed at Le Pain Quotidien in Covent Garden. That latte? Massive. It kept me up really late, so it’s a good thing it happened to be on a Friday night. The same night we went to see Top Hat actually. As the waiter brought it over, he said: “And here is your soup…” XD
The baked cheesecake was nice. Nothing special, but nice. Not heavy, had a hint of citrus in it.
The tart, according to Krisi, was decent. She liked having fresh raspberries on top, but the crust was a bit dry and hard. She was also sensible and got a small mochaccino. No sleeping issues for her! 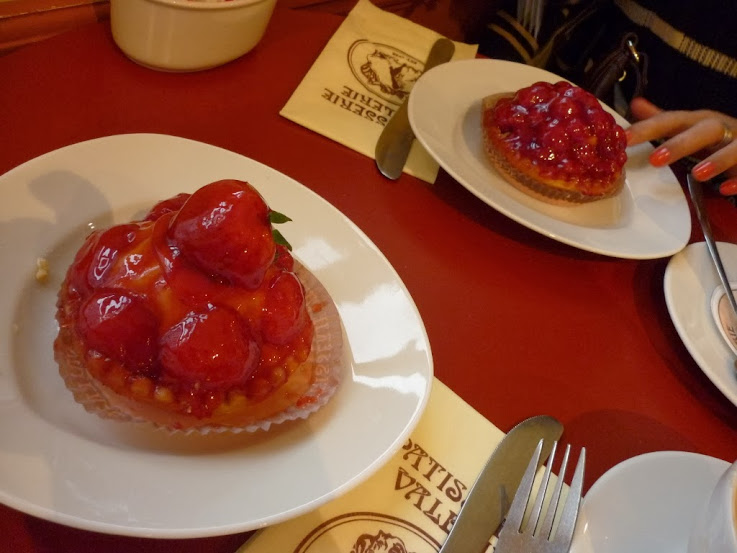 And these two tarts were from the Patisserie Valerie on Old Compton St. Really big, so you felt like you were getting your money’s worth. And this time I made sure to have a decaf latte since I had to be up early the next morning!
I liked the strawberry tart I had, but it got to be really sweet fairly quickly. I think it probably would’ve been better without the glaze on top. Krisi felt the same about her raspberry tart. Crust was decent, filling was okay. A mix of the two tarts so far would be ideal.

This entry was posted in Uncategorized and tagged tart friends cake. Bookmark the permalink.