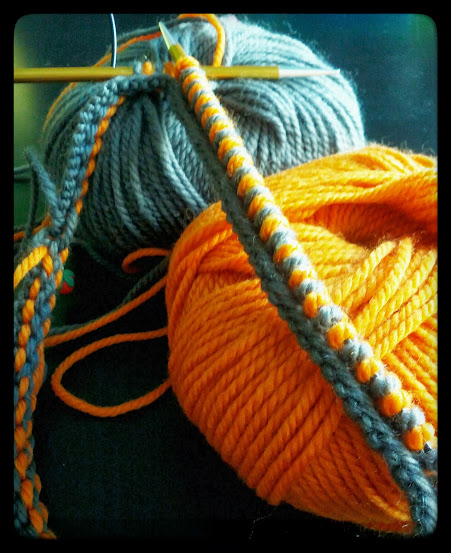 Since my current projects (socks and a blanket) aren’t inspiring me too much, I decided to cast on another cowl. It’s the stranded version of one of my designs (a double-knit cowl) that hasn’t been released yet. I really should get to work on writing up the pattern and getting it tested, huh? I procrastinate way too much.
Anyway, when I picked out the colours for this, I had the recipient in mind. She looks fabulous in orange. But it wasn’t until I actually cast on and started knitting that it occurred to me: the dark grey and orange? Totally Halloween-ish. At least it’s not black! And they do look really nice together, so hopefully she won’t mind.

This entry was posted in Uncategorized. Bookmark the permalink.